You are the owner of this article.
Edit Article Add New Article
You have permission to edit this article.
Edit
Home
About Us
Contact Us
e-Edition
News
Arts & Entertainment
Destinations
Eat and Drink
Health and Wellness
Youth and Education
Editorial
Columnists
Local Events
Multimedia
2020 Holiday Toy Drive
Share This
1 of 3 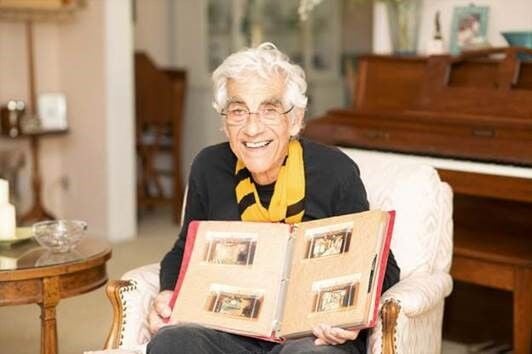 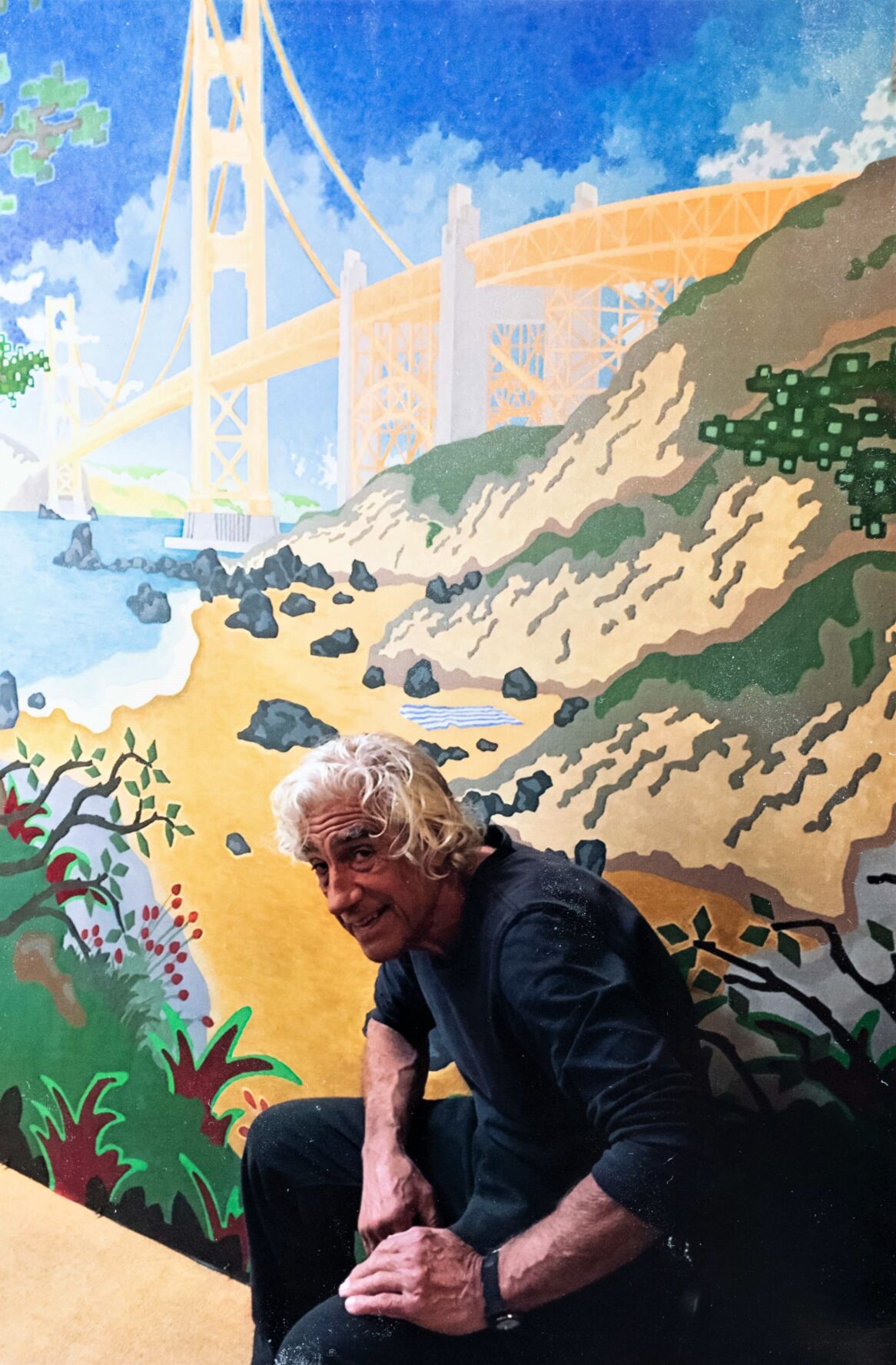 Corbani strikes a pose in front of his Golden Gate Bridge painting. 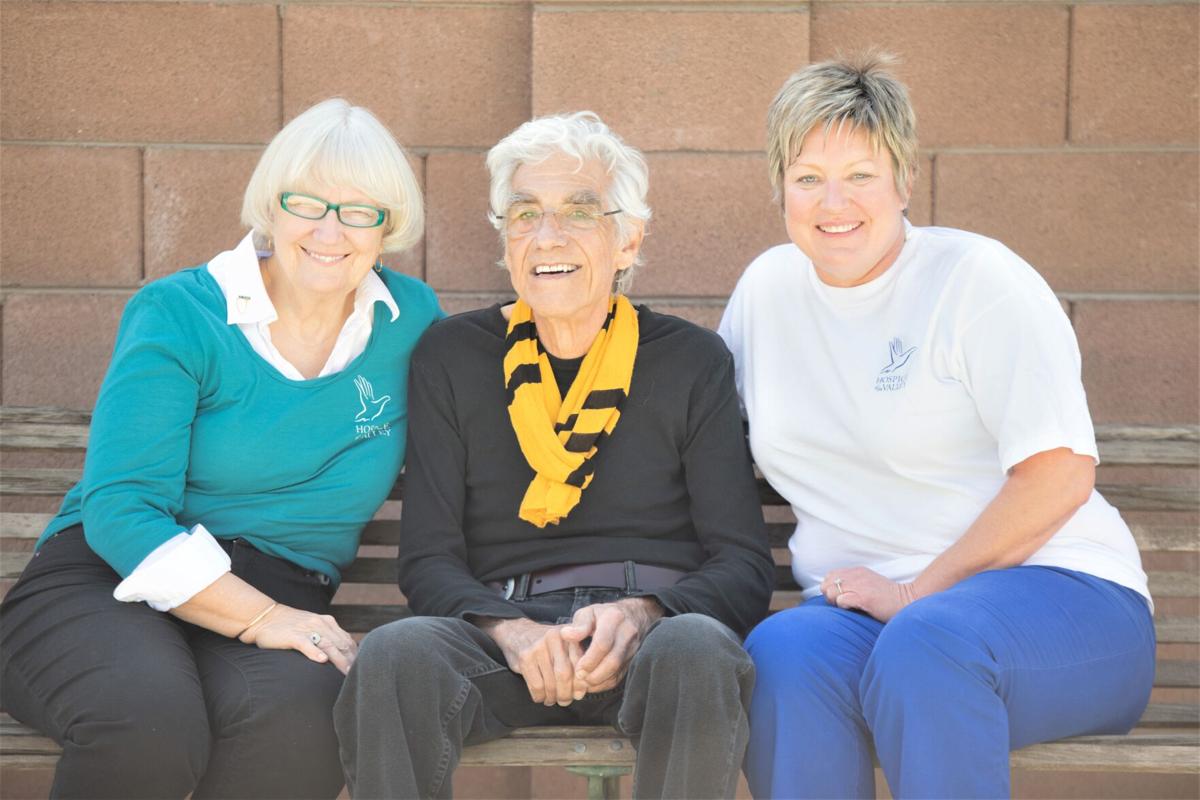 Corbani with his Hospice of the Valley nurse Pamela Ryan (left) and social worker Diana Neuling.

As a child, Paul Corbani spent hours in his room constructing intricate shoebox-size models of fabulous backdrops he conjured up in his head. He spent many more hours daydreaming about actually stepping inside those miniature scenes.

“I could imagine myself there and it was a great adventure, but then I realized that I could make them life-size so I could actually go in them. I wouldn’t have to imagine anymore.”

He sits in front of me on this sunny Phoenix morning with a wistful expression, recalling days when he was younger, stronger — and cancer-free. At 75, this spirited Hospice of the Valley patient is frail but stylish, wearing a brightly striped scarf around his neck — white curls flowing. A smile plays at the corners of his mouth as he takes me back in time.

As a teenager in Santa Barbara, Paul discovered theater, which led to a job at an LA prop shop after high school, constructing stage scenery for television and Las Vegas shows. When he moved to San Francisco in 1975, a friend asked him to paint backdrops for an all-girl punk rock band. “The first one was a jungle,” he laughs.

Paul loved creating backdrops. It was like making his miniature scenes again — only scaled for real people to enjoy.

All of them are 9 feet high and 12 feet wide because that was the height and width of his studio apartment. He bought cheap muslin, stitched it together and stretched the canvas to cover the entire wall. Then he spent years painting whatever drew his soul — a blue forest, an opera box scene, the Golden Gate Bridge. Before he realized it, he had created something amazing — and he named it The Portable Illusion Kit.

With parts from the local hardware store, he constructed a giant scaffolding to hold his canvases in layers that could be unrolled to reveal the next scape. Though it looks complicated, Paul claims it’s a simple one-man assembly that “any ninth-grader who ever took a course in theater would know how to put up.”

Except for one showing held in a warehouse in downtown San Francisco in 1991, his elaborate scenes have never been displayed — a heartbreak Paul’s Hospice of the Valley care team hopes will be remedied soon. His doctors have been honest with him — and he knows he doesn’t have much time left.

“He spent many years creating these beautiful-detailed drawings,” said nurse Pamela Ryan. “He desperately wants them to live on in some way.”

“It would be wonderful if it can find a permanent home — and very soon — so I can rest easy. It’s been sitting in my apartment for 30 years all rolled up waiting. Waiting for someone to use it,” he says softly.

Paul assured me that his Portable Illusion Kit is still in excellent shape and can continue to evolve. “An artist could take an air brush and tint my fluffy clouds pink or blue and it’d be beautiful!”

It pleases him to imagine his life’s work taking center stage again — and he hopes someone out there will be moved to not only care for it but share it.

“It could fill a ballroom and it’s very colorful. I would like to personally leave it with someone who would be so inspired, they’d want to dance in front of it or tell a story in front of it. I just want it to be used.”

Lin Sue Cooney is director of community engagement at Hospice of the Valley. Contact her at lcooney@hov.org or 602.530.6900. For more information, visit hov.org.