From open to close at 46 locations across the Valley, the Barro family will donate 100% of the proceeds from all sales to help those in Arizona facing hard times during the holidays.

“This annual fundraiser, to help the hungry in our community, means so much to our family,” said Bruce Barro, co-owner of Barro’s Pizza. “This time of year, it’s especially important to think about those that may be struggling so we encourage the whole community to come out and give back on this day by visiting any Barro’s Pizza location throughout the Valley."

Last year, Barro’s Pizza raised more than $330,000 for St. Mary’s Food Bank and Barro’s is hoping to set a record this year. Every dollar donated equates to seven meals, so last year’s donation provided 2,310,000 meals to Arizona’s hungry during the holiday season. Over the last 10 years, Barro’s has raised over $2.1 million, which equals more than 14.7 million meals. The Doran Barro Holiday Hunger Fight has become St. Mary’s largest cause-marketing effort of the year.

“Inflation is hitting Arizonans so hard, and families are turning to St. Mary’s for help in record numbers. The strain on the food bank is enormous,” St. Mary’s President and CEO Tom Kertis said. “We so appreciate the efforts of Barro’s Pizza and their annual Doran Barro Holiday Hunger Fight, which has provided almost 15 million meals over the past 11 years. We encourage everyone who can to visit Barro’s on Dec. 6 and support their family’s incredible day of giving.”

The Doran Barro Holiday Hunger Fight is named after the matriarch of the Barro family, Doran Barro, who the family lost in 2016. The issue of hunger in Arizona and around the world was very important to Doran so she took on this effort with the support of her family and friends and most importantly, with the support of Barro’s loyal customers who participate each year. The Barro family chose to continue this fundraiser in her honor. 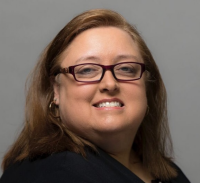