Every school district in Arizona is unique and entered the pandemic in a different financial position. Historically 48th/49th in the nation in per-pupil funding in the United States, the State of Arizona support for public schools is markedly lower than the rest of the country. The Cave Creek Unified School District is unique because it is the only K-12 school district in Maricopa County that does not have additional funding from either Maintenance and Operations, Capital Outlay override, bond, or all three. The district does, however, have the lowest combined tax rate of any unified school district in Maricopa County of $1.8155.

It is important to note, at this point, for the fiscal year ended June 30, 2020, before the country felt the full impact of the pandemic, the Arizona Auditor General’s Office placed Cave Creek School District on a watch list for “approaching highest financial risk” for the following reasons:

In addition, some other factors determining the district’s financial position are:

For many years, the district has attempted to keep programs alive by reducing staff, being creative, closing a school, and taking funding from Capital Outlay and placing it in the operating budget. The pandemic, with its accompanying decline in student count, has forced the district to make very difficult decisions regarding people and programs.

The administration’s goal is to make necessary budget reductions to maintain the long-range financial stability of the district, provide quality mandated programs for students to fulfill high school graduation requirements, and employ adequate staff to execute those programs. This is “why” the district is no longer able to sustain the level of programs/services it has enjoyed in the past. Notwithstanding these variables, I am both optimistic and committed to the vision that not only can the Cave Creek Unified School District maintain its level of excellence but continue to improve the positive impact on our students so they can lead successful lives after high school. 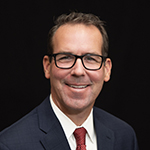