Although life expectancy is at an all-time high, the current diabetes epidemic is getting much worse, increasing by 27 percent in just the past 10 years. Seventeen million people are diabetic, and about one-third (almost six million) do not know it. Diabetics are at risk for heart disease, kidney disease, loss of a limb and blindness. November has been labeled “Diabetes Awareness Month.” I have written about this subject before, but it requires repeating because of its potential impact as well as its preventability.

Every year, as many as 24,000 people go blind as a result of eye damage (diabetic retinopathy) brought on by diabetes. It is estimated that 95 percent of vision loss can be prevented through early detection and treatment. Diabetic retinopathy typically shows no early warning signs. Without timely treatment, there can be fluctuations of vision and changes in your eye prescription, as well as increased chances of developing glaucoma, macular degeneration, dry eyes and/or cataracts. Almost 30 percent of diabetics haven’t had an eye exam within the past year, but prevention starts with early detection through a comprehensive eye exam. New technology can potentially pick up changes five to 10 years sooner than they become obvious. There are precursors to diabetic retinopathy that are subtle but can indicate coming changes, and new technology allows us to identify these early signs. Early identification and intervention can directly reduce risks of complications from diabetes. Only your eye doctor can fully evaluate your eyes and detect the early signs of retinopathy, glaucoma and cataracts.

There are several things you can do to decrease the chance of developing diabetic eye disease. A stable A1C level and blood pressure control can reduce the damage to blood vessels in the eye, thereby reducing damage to sensitive ocular structures. As a matter of fact, a stable but mildly higher average A1C level is potentially less damaging that a lower average A1C that fluctuates significantly when it comes to damage to the eyes. Besides the fact that some of the most frightening aspects of diabetes is the potential associated loss of vision, it is also through the eyes that diabetes can be monitored and sometimes identified to begin with. A healthy diet and exercise program are obvious, but underutilized defenses, such as an annual eye exam, needs to be near the top of the list. 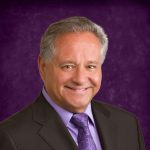 Dr. Stephen Cohen has been in private practice in Scottsdale since 1985. His office motto is, “Where modern technology meets old-fashioned care,” and he provides eye care from infants to seniors.