You have permission to edit this article.
Edit
Home
About Us
Contact Us
e-Edition
News
Arts & Entertainment
Destinations
Eat and Drink
Health and Wellness
Youth and Education
Editorial
Columnists
Local Events
Multimedia
2020 Holiday Toy Drive
Share This
1 of 3 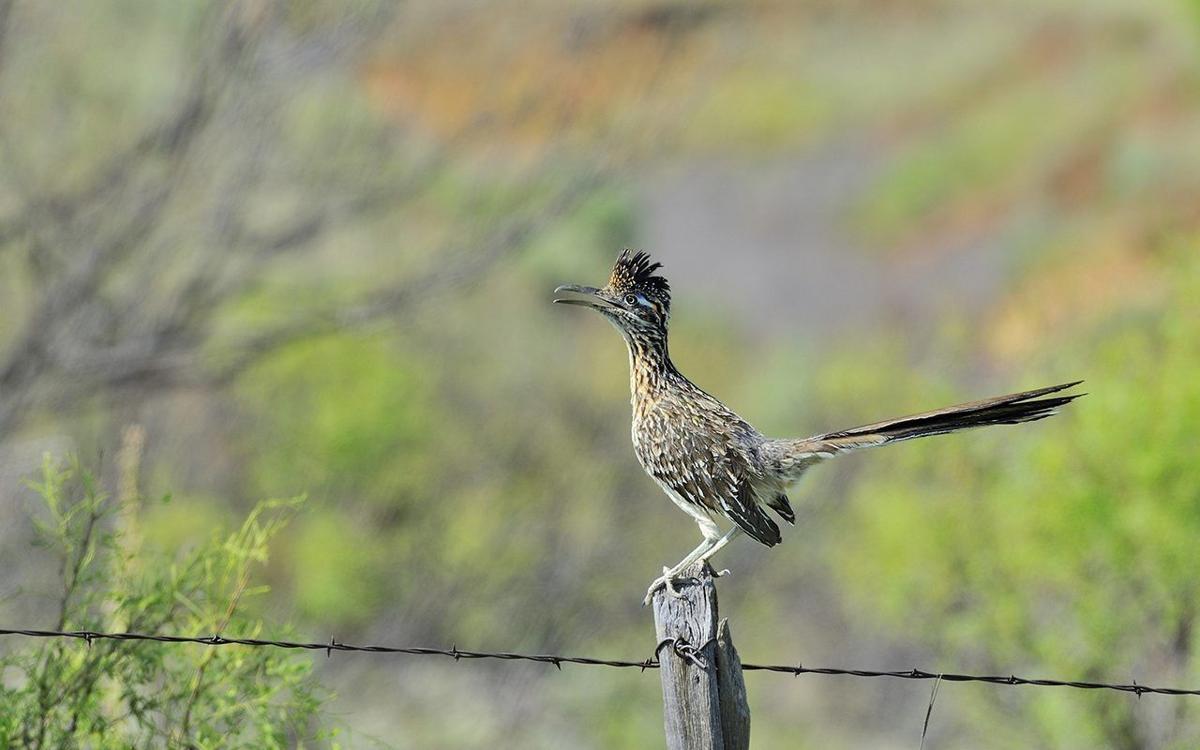 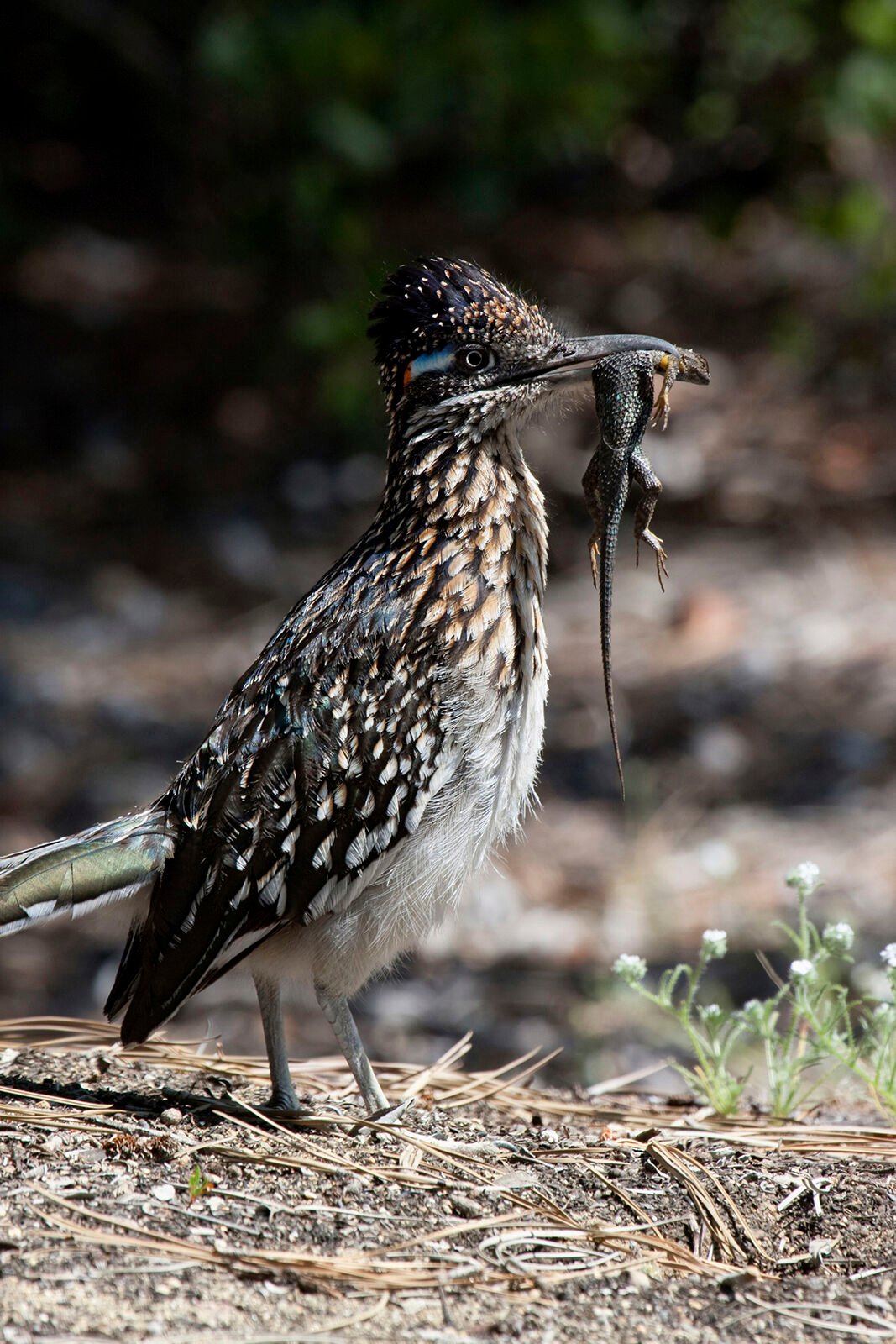 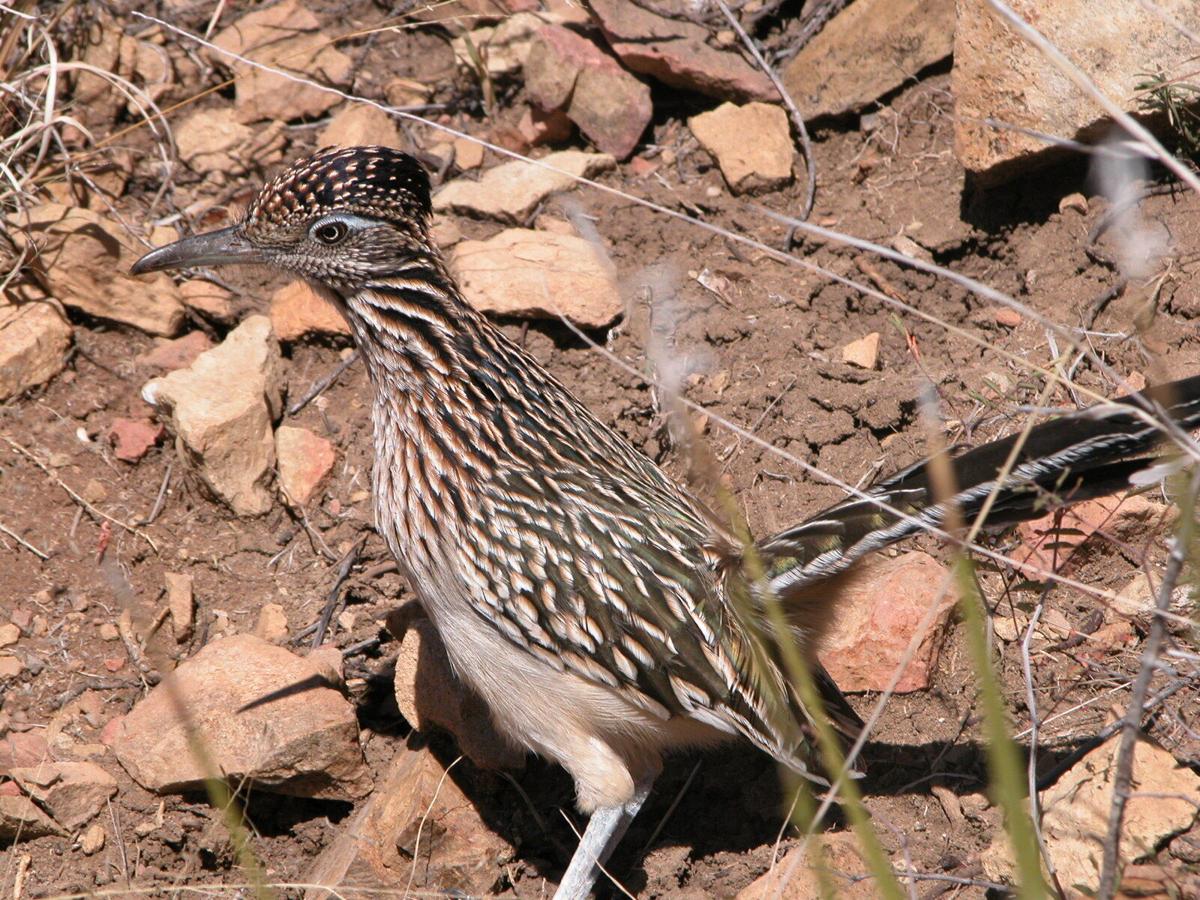 The roadrunner is a bird that can bring to mind images of archaeopteryx, that extinct cousin that bridged the lives of dinosaurs and birds. If you do have the pleasure of seeing a roadrunner, try looking into their intense yellow eyes. You may see an old, tenacious soul.

Sometimes called the chaparral bird, the greater roadrunner boasts the land-speed record for a flying bird, clocked at 26 mph. They have broad wings, up to 2 feet, and yet they rarely fly for more than short bursts, and only if necessary. Roadrunners prefer to run, making prey of just about anything they can catch, including lizards, insects, snakes and even, rarely, rattlesnakes, which they may thrash against a rock to subdue. They have been known to wait by a nectar feeder to grab a hummingbird as it comes in for a drink.

During the hot months of summer, roadrunners curtail their constant hunting by up to 50 percent, trading it for the shade of a creosote or mesquite. During cold winter nights they are able to significantly decrease their body temperature to conserve energy. In the morning they then flange the feathers along their lower back, exposing the dark skin to absorb the rising sun.

Breeding comes about in the spring and once a male and female find one another they tend to mate for life and, if able, will remain in their chosen territory as long as possible. Two to eight eggs are laid and incubated for approximately 20 days. Once hatched, the male and female care for the young for roughly three weeks — a fairly rapid growth — by which time the young are able to catch prey on their own.

General life expectancy for a roadrunner is seven to eight years in the wild. Major predators of the roadrunner are coyotes, skunks, raccoons, hawks and house cats. Roadrunners communicate with a variety of “coos” and “whirs.” The alarm call is a rapid clacking sound produced by shuddering their strong beaks. They are a bird known for their curiosity.

This author has had more than one deliberately approach within a yard or two solely to see what I was up to, then abruptly turn and trot off, clearly bored by what they found. Moments such as these create lasting memories of these ancient-looking birds, but, don’t forget to look for a moment into their eyes!

Find out more about how wildlife is rehabilitated and kept safe in our sanctuary at southwestwildlife.org. Tours are given Tuesdays, Fridays, and Saturdays throughout the summer months.