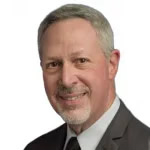 Rabbi Robert L. Kravitz, D.D. is known Valley-wide for his more than three decades of support for civil and human rights, and the positive efforts of law enforcement.

As you read this column, the newest year 2020 has already arrived. It’s the year we will refer to in the phrase “hindsight is 2020.” So, if this newest year does grant us the opportunity to reflect on the past, what do we see?

2019 was a year of amazing pain and conflict in the United States, not just in the streets of our cities, our schools, our houses of worship, but even in the halls of our government. It was 12 months filled with murder, rancor, swearing, bullying, harassment and mis-statements or lies. No matter the side of the aisle where you sit, 2019 presented itself as the opportunity to challenge and argue, besmirch and belittle anyone and everyone who is different. Hardly a day went by without someone using public or social media to verbally spit in the eye of someone else, without apology.

Seldom did we hear or read of people doing good for each other, except the occasional tribute to America’s military or vets. All the rest of us were fair game for targeting. We sent our “thoughts and prayers” to millions around the world who became cannon fodder for monarchs and oligarchs. Many praised ill-informed leaders. Thousands attempted to bury — online, sometimes in person — those who did not uphold their “values.” We felt the derision of those who saw human beings differently, and who made us the objects of their lunacy, the focus of their fury. Compassion and truth evaporated.

2019 was not a good year. True, we had some successes in medicine to heal the hurting; we saw advances in communication to connect us; and we responded with millions of dollars to care for victims of man-made and climate-made disasters. Nevertheless, 2019 now is over. How many hundreds of thousands remain hostages to war and displacement, seeking freedoms no longer offered, because of squandered resources.

Ours now is the responsibility to make 2020 a year where we can proudly say next year at this time — in hindsight — 2020 was better, because we worked together to make it so.

Rabbi Robert L. Kravitz, D.D., is known Valley-wide for his more than three decades of support for civil and human rights, and the positive efforts of law enforcement. A volunteer police chaplain, he regularly lectures on related subjects, while working part-time as Hospital Chaplaincy Coordinator for Jewish Family & Children’s Service. Contact him at rrlkdd@hotmail.com.