Skip to main content
You are the owner of this article.
Edit Article Add New Article
You have permission to edit this article.
Edit
Home
About Us
Contact Us
e-Edition
News
Arts & Entertainment
Things To Do
Editorial
Columnists
City Sun Times FAQ
Local Events
Multimedia
More

We’re going to give you a break from all the whining and complaining about pandemic dating woes and dating site cliches in order to help you dig the new lingo and get your jols on for the hols. And we promise not to say “dig” again.

First off, let’s take a look at the CITYSunTimes publication locales so you know the cool terms to use when your rels from Chi and Vancouv’ come to enjoy the pool while you’re freezing with three layers of flannel and sweaters.

We begin with possibly the longest continuing stretch of city in America:

Moving around the Valley…

Here are some non-geo items

And now some items we didn’t make up.

(These are so cheugy we’re not even going to define them.)

Stay groovy all you crazy dudes and dudettes! 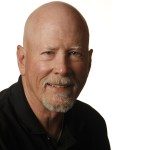 Ever Dreamed of Owning a Weekend Getaway? Crown King Bunkhouse is on the market right now